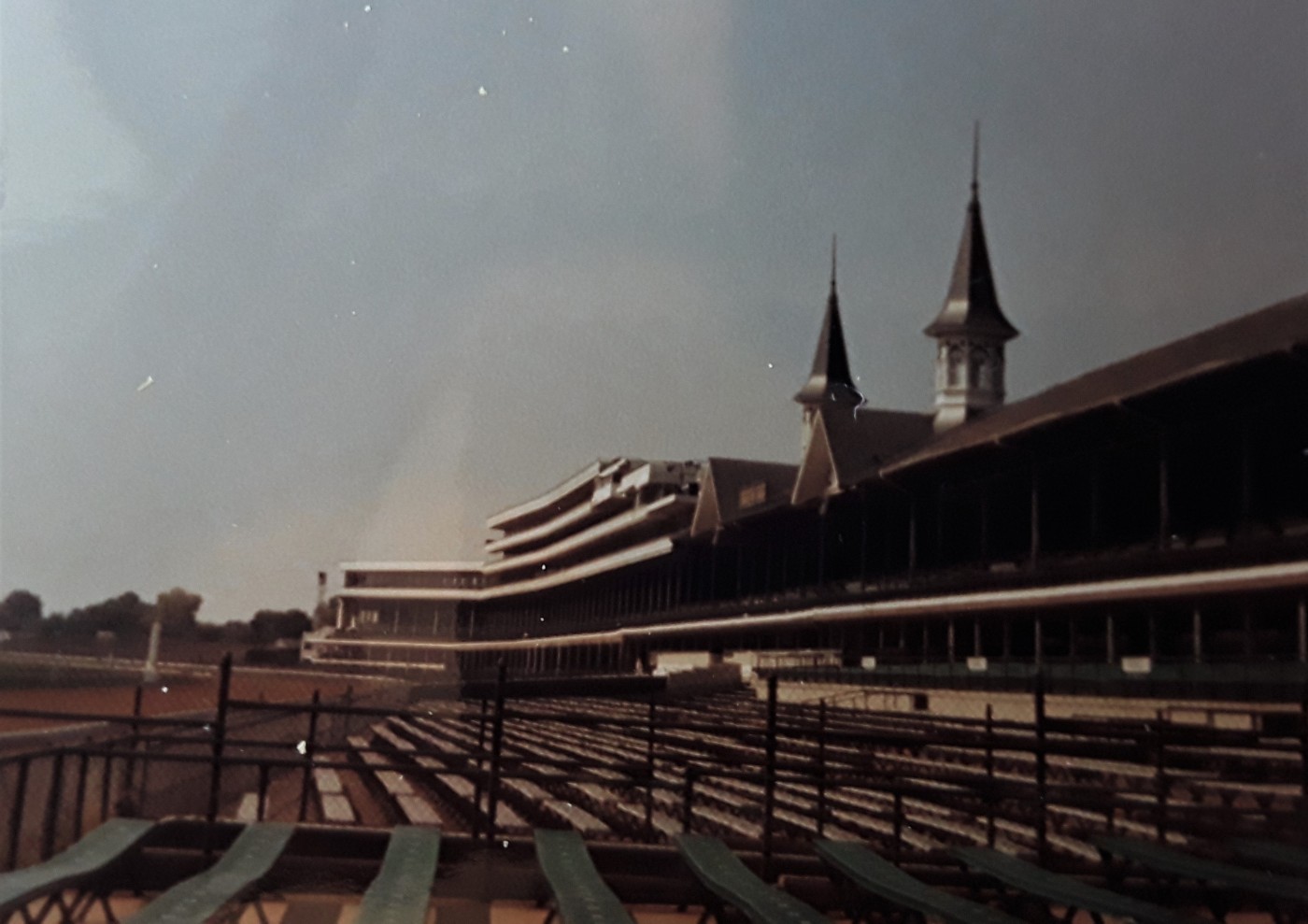 After more than 30 years of wandering, It’s is time to tell the stories I don’t often brag about: my misadventures.

Here is a series of narrow escapes and unfortunate happenings that stem from bad judgement, car accidents and wrong turns. all in name of travel. Hope you enjoy them.

Care to hitchhike anyone?

I was a young 18 year-old fresh out of high school, and my first time away from my island home. I was attending a trade school / working thoroughbred-farm in Commiskey to learn the craft of riding racehorses and stable management.

I shared a house with other students and my roommate was Kathy Waite from Albuquerque, New Mexico.  We were polar opposites – she was a tall blonde that had done some modelling, I was a runty, berry-picking stall-mucker from Cape Breton, Nova Scotia. She had come from a privileged family and I from a lower income family.  She was city, I was country, she was glam and I was plain and yet we instantly became inseparable friends.

It was a Saturday morning. Our gang of students had fed the horses and turned them out in the pasture and filled the water troughs. We had the rest of the weekend off till Monday morning.

With the wanderlust strong in me, I suggested to Kathy that we go to Seymour, Indiana and look for the landmarks that were in John Mellencamp’s videos and then go the Louisville to see the Kentucky Derby Hall of fame at Churchill Downs.

We had no map, just grand ideas. We walked to the end of the driveway, stood out on the road and put our thumbs out. Our first ride got us to the town of North Vernon, which was only about 16 minutes away.  We walked into a flower shop to ask directions and the lady told us we had take Highway 50 west for about half an hour. So we grabbed a slice of pizza and a coke next door and walked to the highway and again put our thumbs out. This time we got a ride with a older gentlemen going all  the way to Seymour. He dropped us in the center of town.

All you young people reading this think you invented day drinking? Sorry, you are wrong. It was a really hot August morning and Kathy spied a bar that had just flipped its sign open.  She wanted a beer and there was no persuading her otherwise.   Through the doors she walked with me in tow. I was completely uncomfortable, having only been in a bar a few times and never one like this, filled with leather jackets, tattooed arms and motorcycle insignia. Kathy was in her element.

Within moments of sitting in a booth, my blonde companion had the boys crowding around our table buying beers. I wasn’t much of a drinker other than to have a few sips. I was nervous and suspicious, thinking of all the horrible things that can happen to young ladies in a situation like this. I just wanted to go see the water tower with Seymour written on it.

Instead I got to see Kathy pour shots down her neck and two-step with the locals. I tried to cajole her into leaving but it took several hours. She charmed two young guys into giving us a lift in their large candy-apple-red convertible.

She staggered out of the bar, arm-in-arm with a handsome stranger who lowered her into the front seat. I sat in the back with his friend. As we sped swerving down an isolated road – the driver also well in his cups – I held a death grip on the arm rest of the door. Cathy soon passed out, her head tilted back, eyes closed, blonde hair swirling in the wind. We drove a long way with nothing but fields of corn in each direction. I  hardly said a word, just tried to remember landmarks and worried while my friend snoozed.

I saw the guy in the front start to fondle her and I told him to stop it. she was unconscious.  The guy beside me pulled me towards him forcefully and tried to kiss me. I pushed him away and gave him a smack to the face. And screamed at the driver to pull over and let us out. The commotion woke Cathy, and her first words were, “I’m going to be sick.” Immediately the car pulled over to the side of the road just in time for Kathy to hurl her guts over the side of the convertible. I jumped out opened her door and pulled her out by the arms, onto the to the shoulder of the road.  The assaulting driver floored the vehicle and left us where we sat.

We were already lost, so we needed to continue hitching a ride to somewhere, anywhere but here please. Cathy showed no concern, “We might as well continue on to Louisville, Kentucky,” she said.

She got up off the ground, dusted her knees off, wiped her mouth and put her thumb out. This time a young man in a cowboy hat and boots pulled over and offered us a drive in his pickup.  He had never been to the racing hall of fame but thought it sounded great and was happy to escort us safely over the state border to our destination.

We had a lovely couple of hours visiting the museum watching replays of the great derbies, seeing War Admiral, Whirlaway, and Secretariat reach

the finish line on revolving monitors.  We climbed up into the fake starting gates  and pretended to ride imaginary races. We walked the grounds to the statue of Citation.  I still have the framed sketch of Swale, winner of the 1984 Kentucky Derby, I purchased from the gift shop hanging in my bathroom.

After the tour our cowboy friend was so happy to have spent a nice afternoon with two lovely ladies, he offered to take us to his home for dinner.  I was thinking we were pushing our luck, but Cathy was going so what was I to do alone?

I have no idea where we were, somewhere rural between Kentucky and Indiana.  He had built a log-style farmhouse on his family’s property he was very proud of. He made barbecue chicken and we sipped Budweiser, and danced on a wooden porch til  late into the night listening to George Strait and Judd’s crooned tunes from a tape deck.

He turned out to be a gentleman – gave us sleeping bags which we laid out on bales of hay in the barn and we sleep soundly all night. In the morning we had toast and coffee and true to his word he drove us back to the farm in Commiskey, just on time for us to complete our assigned chores of bringing the horses in from the pasture and giving them their grain.

Looking back, damn we were lucky.